Thoughts for Peace and Justice

A Visit to Red Lake, Minnesota 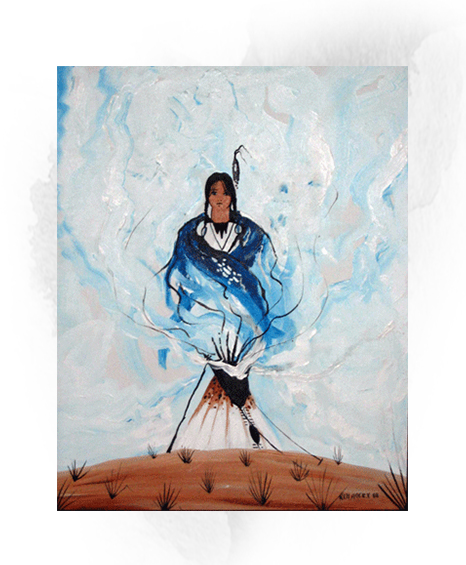 The Pencil: A Reflection for Christmas 2004

Known as a time for giving, Christmas is the perfect time to contemplate compassion, the Christian life, and social justice.

All hands on deck for the children in need. See articles, initiatives, and actions you can take. 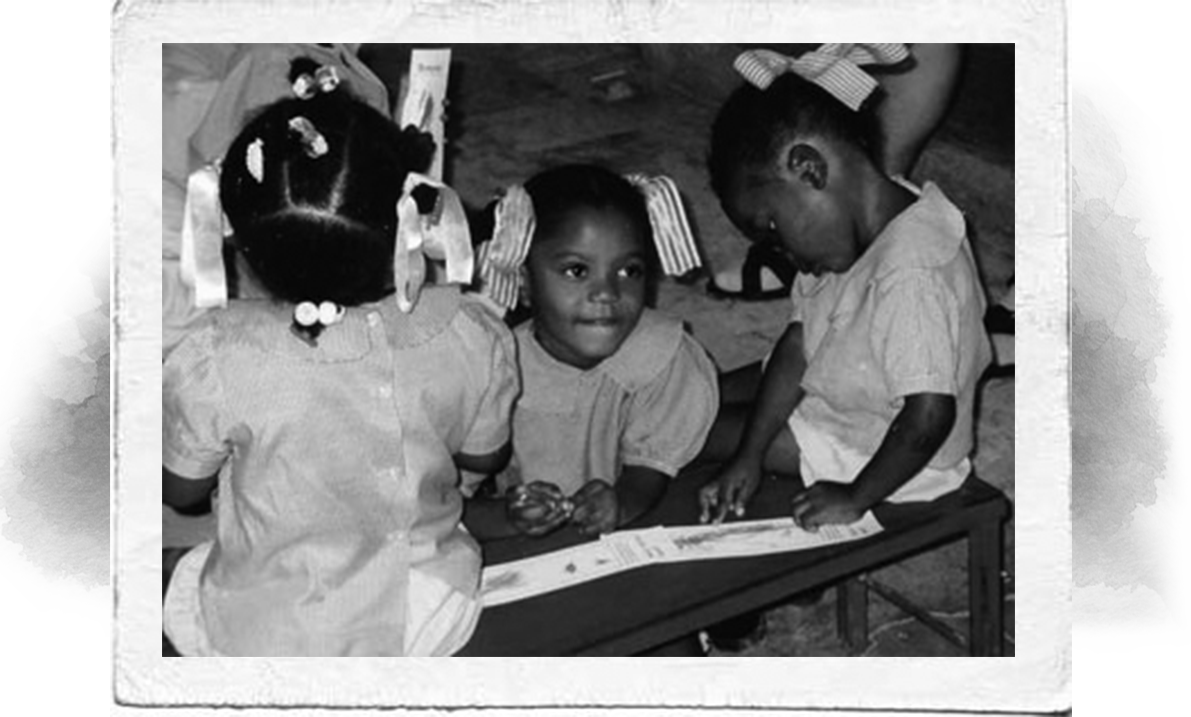 Our World at Night

It truly is an underrated gift — seeing the earth and its people winddown to end a long, eventful day. Luckily for us, the advances of science and technology now allow for regular folks like you and me to get a glimpse of our world at night. 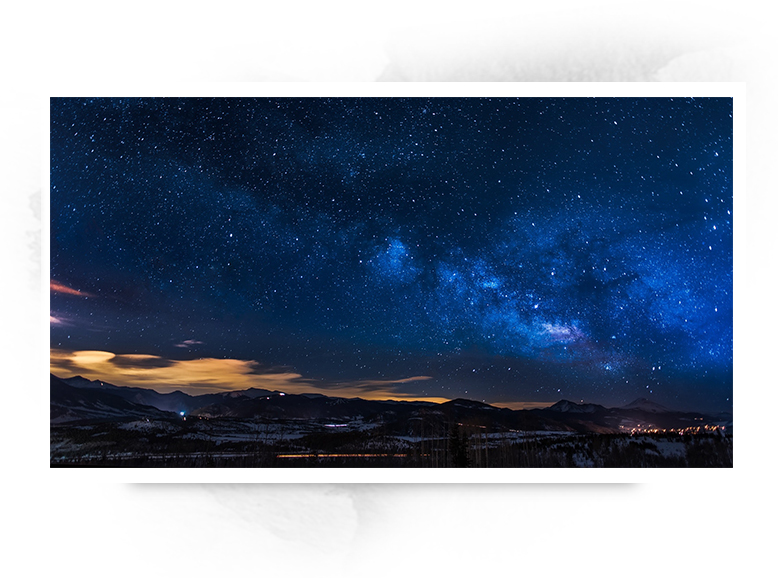 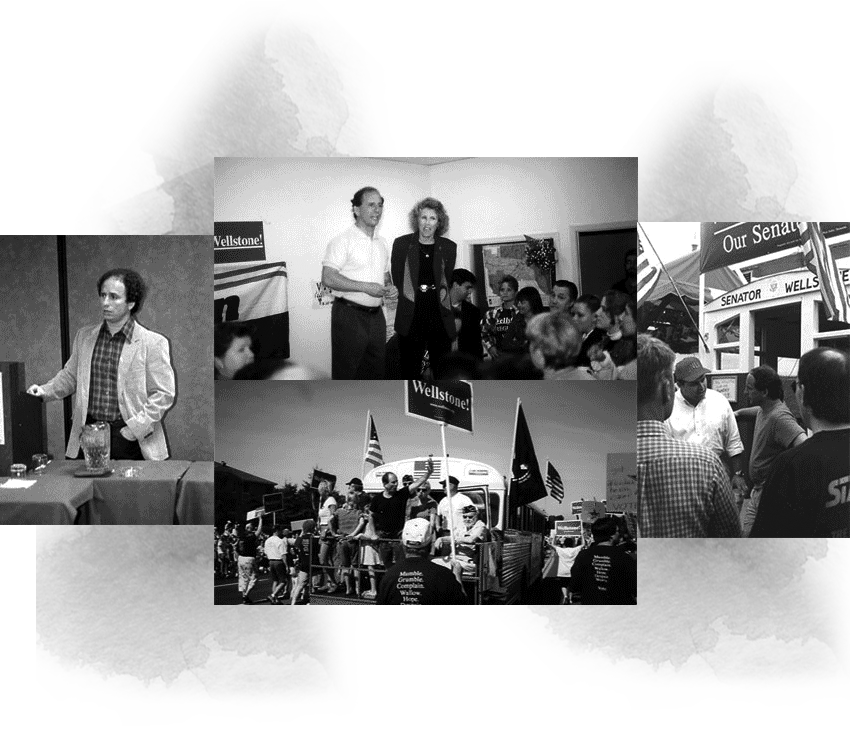 Reminiscence About Paul and Sheila Wellstone

A truly impassioned, hardworking pair who fought for justice and peace — the Wellstone's have always been great inspirations for service and compassion.

"Every person in the United States should visit ground zero. Then they would see for themselves the horror of war and being against the bombing of Afghanistan."
—Anonymous New York City firefighter after September 11, 2001

The photos of the World Trade Center were casual tourist photos taken by Dick Bernard at the end of June 1972. At the time, one of the Twin Towers had just opened and the second was just months from completion (note the construction equipment on the roof). No one could possibly have imagined September 11, 2001. 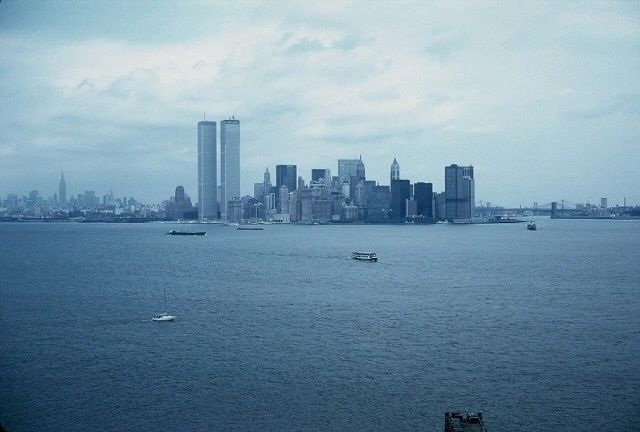 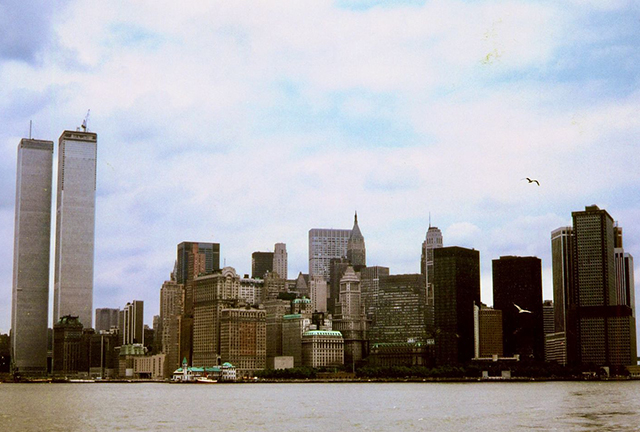 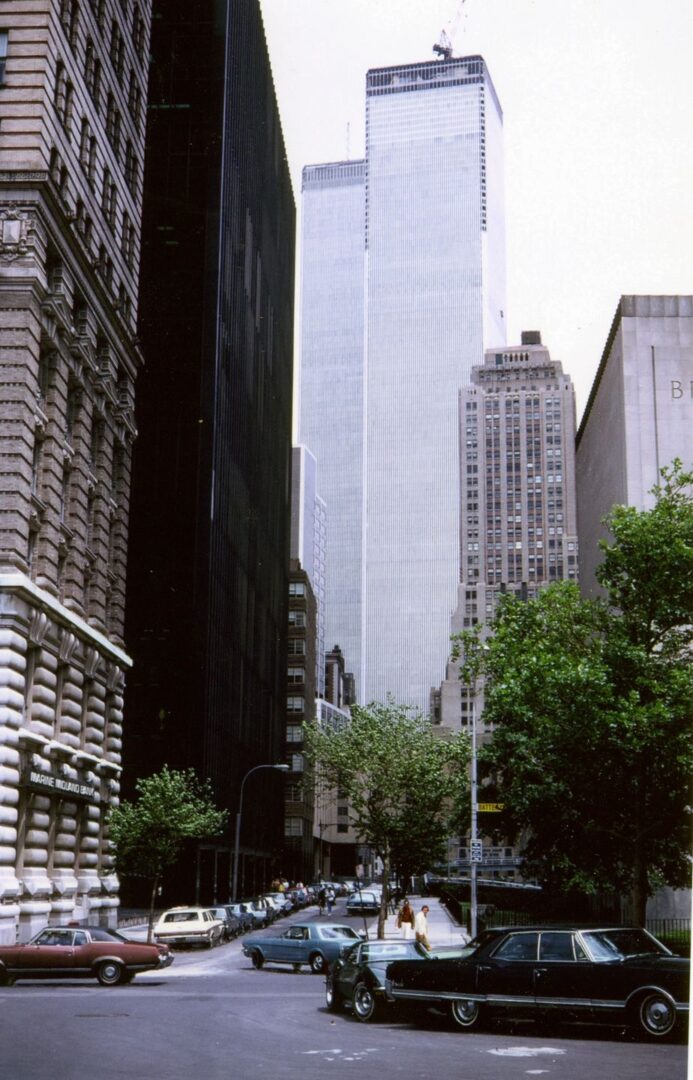 The New York City photos above are snapshots taken in late June 1972.

A Tree and a Radio:
Remembering seven days in September, 2001

I was in a small city in northern Minnesota on September 7, 2001. It was a very rainy day, a perfect day to transplant a tree in honor of my sister, Flo: her community recognizing her for her years or work on violence prevention issues in her Country.

Her husband, Carter, and I dug a hole for the tree on the grounds of the new public school on the edge of town. At the appointed time, local dignitaries arrived and we planted the tree securely in its new home. There were good feelings all around.

The rest of the weekend was equally good…construction work on their new cabin progressed well. My son-in-law, John, and their son, Eric, came to help.

Home again, on Monday, September 10, 2001, a group of us from our church began a two-week building project on a Habitat for Humanity home in south Minneapolis. Son-in-law John joined us for a couple of days on-site. A blessing for our coming work was given by one of the parish priests early Monday morning. It was a very nice day in Minneapolis, beginning a week full of promise.

Tuesday morning, September 11, 2001, I was driving to the worksite when, sometime about 8 a.m. CDT, an announcement came over the car radio – a plane had crashed into the World Trade Center in New York City. There were no details. At the site we barely had electricity, much less television, so someone tuned on the radio in their vehicle, so we could keep up to date on the fast-breaking news. Later, someone secured a radio, which we perched on some wood at the front of the home.

Somewhere towards mid-day, one of our co-workers came back from somewhere to let us know that the Twin Towers had collapsed. It was such a mind-boggling scenario, that our minds could not comprehend it. It was not until I came home late in the afternoon, and actually saw the images on television, that I could comprehend what had happened in New York City, and elsewhere, that fateful day. The next day, and all of the rest of the two weeks, our work crew was much larger than normal. More people came to work than could be accommodated. We worked on. 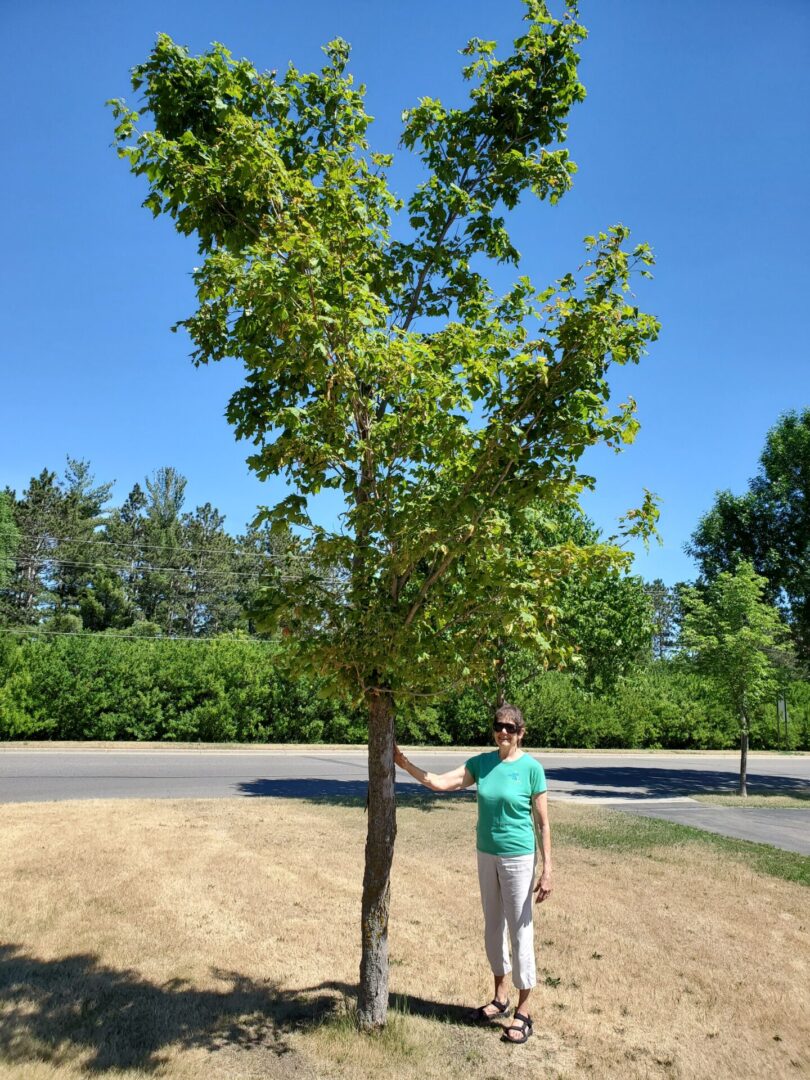 Photo of the 2001 tree as of June 16, 2021. The tree remains alive but has had numerous issues over the years, but like most of us, it lives on in witness to the past. Standing next to it is the same person who was standing next to it 20 years ago.

A year has now passed, and I wonder about lots of things.

I find myself wondering not so much about what was, or is, but more than ever, what will become of us in months and years to come.

I wonder about us – the U.S. – and our relationship with the rest of the world. Most of all, I wonder what kind of world we are leaving to our children, grandchildren and those who will follow them.

A year later, and the tree planted at that school in rural Minnesota I thriving, adapting well to its changed environment. 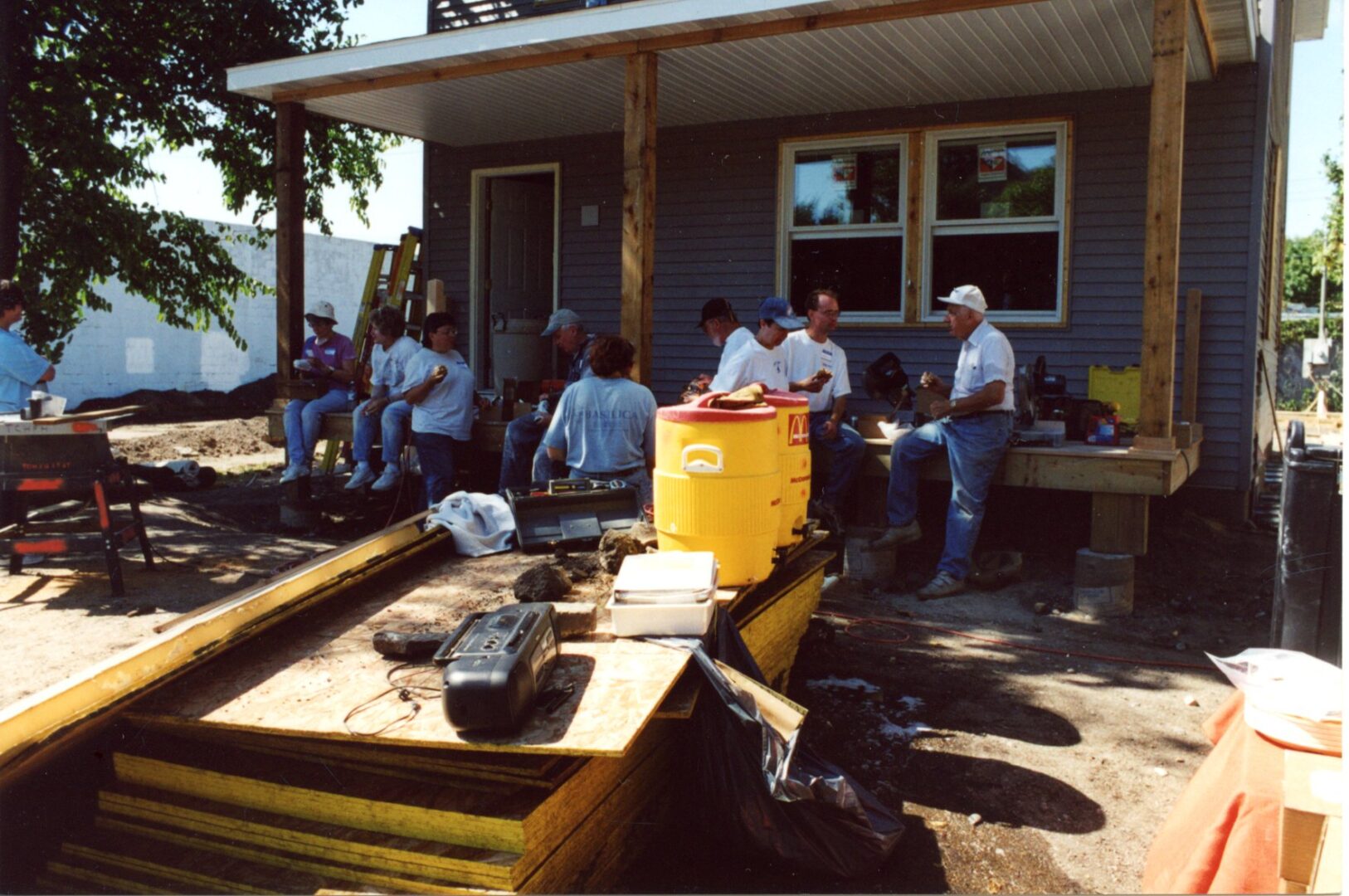 Three Voices From the Past

He was seen at the entrance to Auschwitz-Birkenau concentration camp in Poland.

"Those who cannot remember the past are condemned to repeat it."

He was a Lutheran minister and WWI German war hero who had personally confronted Hitler and organized religious opposition to Nazi policies. As a consequence, spent eight years as a prisoner in German concentration camps from 1937 to 1945. Rev. Niemoller used this phrase in speeches to groups long after WWII.

Long-time Nazi, Reichmarshall, and heir-apparent to Hitler, Goering made a statement
while imprisoned at Nuremberg after WWII. He was sentenced to death by hanging for war crimes but committed suicide first.

"Why, of course, the people don't want war. Why should some poor slob on a farm want to risk his life in a war when the best he can get out of it is to come back to his farm in one piece?

“Naturally, the common people don't want war, neither in Russia, nor England, nor for that matter, Germany. That is understood, but after all, it is the leaders of the country who determine the policy and it is always a simpler matter to drag the people along, whether it is a democracy, or a fascist dictatorship, or a parliament, or a communist dictatorship.

“Voice or no voice, the people can always be brought to the bidding of the leaders. That is easy. All you have to do is tell them they are being attacked and denounce the peacemakers for lack of patriotism and exposing the country to danger. It works the same in any country."

Quoted from the book Nuremberg Diary, p. 278, Gustave Gilbert, Farrar, Straus & Co., 1947. Gilbert was a psychologist assigned to the Nazi prisoners on trial at Nuremberg.

Thanks to Betsy for her remembering this story.
P&J #41

On a peaceful morning after a night of storms, I sat on the shore of the ocean observing a young man on an obvious mission. Every few yards I saw him bend down, pick something up, and throw it into the water. I moved closer to him, seeing that it was starfish that he was tossing into the sea. After more than an hour, I went to the young man and asked him what possible good he could be doing.

There are thousands of miles of shoreline and millions of starfish stranded on the beaches. 'How much of a difference could you possibly be making?' was my question to him. His reply was not immediate. He paused, bent down to rescue yet another starfish, threw it into the sea, and replied thoughtfully, 'I made a difference to that one'.

An old grandfather said to his grandson who came into him with anger at a friend who had done him an injustice, “Let me tell you a story,

“I, too, at times, have felt a great hate for those who have taken so much with no sorrow for what they do; but hate wears you down and does not hurt your enemy, It is like taking poison and wishing your enemy would die. I have struggled with these feelings many times.”

He continued, “It is as if there are two wolves inside me; one is good and does no harm. He lives in harmony with all around him and does not take offense when no offense was intended. He will only fight when it is right to do so and in the right way.

“But...the other wolf...Ah! The littlest thing will send him into a fit of temper. He fights everyone, all of the time, for no reason. He cannot think because his anger and hate are so great. It is helpless anger, for his anger will change nothing.

“Sometimes it is hard to live with these two wolves inside me, for both of them try to dominate my spirit.”

The boy looked intently into his grandfather's eyes and asked,

“Which one wins, Grandfather?”

The grandfather smiled and quietly said,